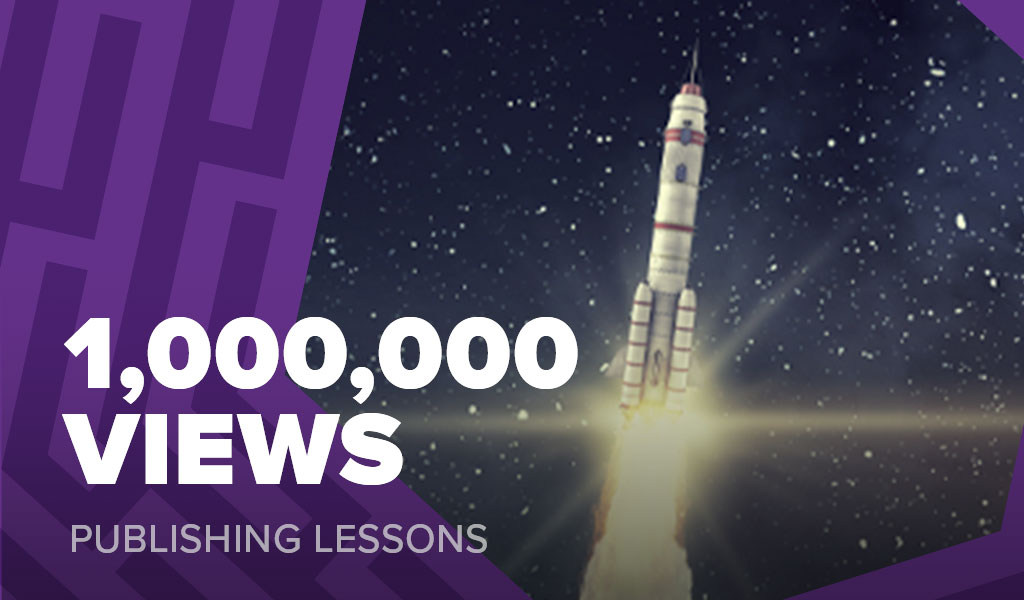 I recently passed 1,000,000 page views on this website and thought it would be interesting to look back over the statistics.

I should point out, the website launched on 3rd June 2015 but at that time I had no tracking enabled.

It is clear from the graph that there have been some big events in that time and the average viewership has continued to rise each year.

There are a few days that stand out so let’s examine the top 5 spikes:

This says to me three things:

Traffic always picks up around my Kickstarters and the following graphs show my visitors during the period starting 4 weeks prior to launching and ending 4 weeks after funding. The areas shaded in blue are the periods the crowdfunding campaigns were live for.

The City of Kings

To me, this graph is the most interesting of all as it shows just how much of a burst in traffic I received during the Kickstarter. At the time, my website was full of history about the development of the game, videos, artwork, and countless blog posts (which can still be found here).

I was new to the industry, a complete unknown asking for a lot of money and I believe having a professional website filled with content helped ease people’s minds considerably.

The City of Kings: Ancient Allies

My second Kickstarter launched shortly after fulfilment of my first, so my website was getting a fair bit of traffic from past backers. I used this increase to generate interest for my new expansions and planned an April Fools joke shortly prior to launch. The timing of this made a lot of people aware of the campaign and while the mid-campaign traffic was similar to pre-campaign traffic, there were still some noticeable bumps at the start and end.

The Isle of Cats

By the time I announced The Isle of Cats I had switched to my 3-week announcement process. Meaning, no one knew about the game at all 4 weeks before the Kickstarter launched and I planned daily announcements to generate interest. There were some big bumps running up to the launch with launch day still being the peak.

The Isle of Cats: Don’t forget the Kittens!

Similar to the first Kickstarter for The Isle of Cats, I used a 3-week announcement process for this campaign and there were a number of spikes prior to launch. Launch day and the last 48 hours both came in strong, but it’s great to see my “middle day of the campaign” activities had a measurable impact in people taking a look.

Overall, I would say it’s fairly clear having a website is a great tool for crowdfunding, and during your Kickstarter people will be dropping by and taking a look. Especially on launch day and in the last 48 hours, so make sure you update it during your campaign!

I thought it would be interesting to look at my most popular blog articles from before my first Kickstarter launched. These articles all generated small bursts of traffic that contributed to the success of my first campaign.

Hopefully this gives you a few ideas of what you can do pre-launch to build interest, and you can see other articles I posted here.

I’ll look into sharing more website data in the future and if you would like to see something specific, let me know and I’ll try to add it!