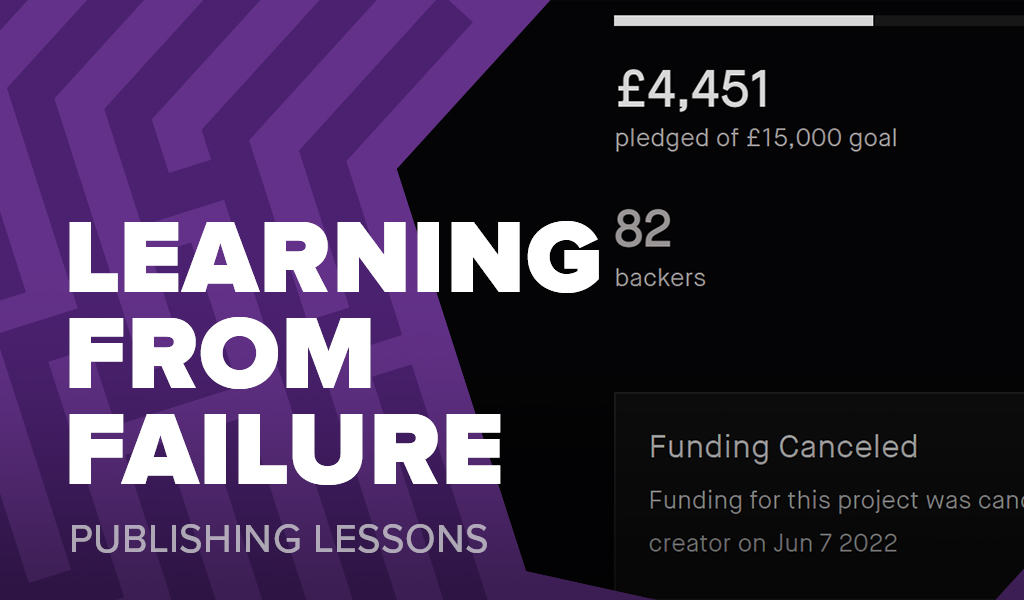 I have spoken with hundreds of creators over the past few years and nearly every single one of them has dreamed of the same thing – Having a super successful Kickstarter.

With so many hours spent creating their product, planning the campaign, and building an audience why couldn’t it happen?

Sadly, it rarely goes that way and sometimes the worst-case scenario happens instead, the campaign fails.

Some projects fail due to poor planning or not building an audience, and some fail because people just don’t want what’s being offered. It’s not always easy to know why you failed but working it out can help you succeed the second time around.

Here are a few tips I’ve offered people to help in this situation.

This is the only way you will know how many people are visiting your project page and will help you identify if people are finding your page and not backing or simply not getting to the page in the first place.

If your project fails you can still send Kickstarter updates, as soon as possible you should be asking people to fill in a form and give feedback on key areas. I recommend using Google Forms and asking both your backers and community how they would rate the following from 1 – 5:

This will give you a really good overview of whether there was a common concern among your backers. Additionally, you can ask a few more specific questions if there is something you want to test. I recommend asking at least:

Don’t make the form too long!

I’m a big fan of browsing areas of the internet where my games might be discussed during a Kickstarter. The main 3 places are Board Game Geek, Reddit, and several Facebook groups, in addition to these you should think about other places that might discuss your product.

All these locations have search boxes, simply type in the name of your game and look for comments. The goal here isn’t to interact (although you can), the goal is to see what people are saying and if there are any common concerns being raised.

I always keep a list of negative comments during my campaigns to see if anything keeps coming up and can be fixed.

You should already be doing this but finally I recommend you read every comment made on your campaign page. If there are repeat comments about the same thing then this is something else you should be looking into.

Through the survey and browsing relevant places you should be able to get an idea of whether there was a major issue people were concerned about. That doesn’t mean it is the only reason you failed but it’s a good starting point.

If you don’t find any issues or there are no comments to read, then it’s more likely you didn’t build an audience and may need to rethink your marketing strategy. Remember Kickstarter won’t bring backers to you unless you already have your own following who turn up to support you.

previousSpecial tokens in Race to the Raft

nextThe Isle of Cats and Race to the Raft Miniature Packs!