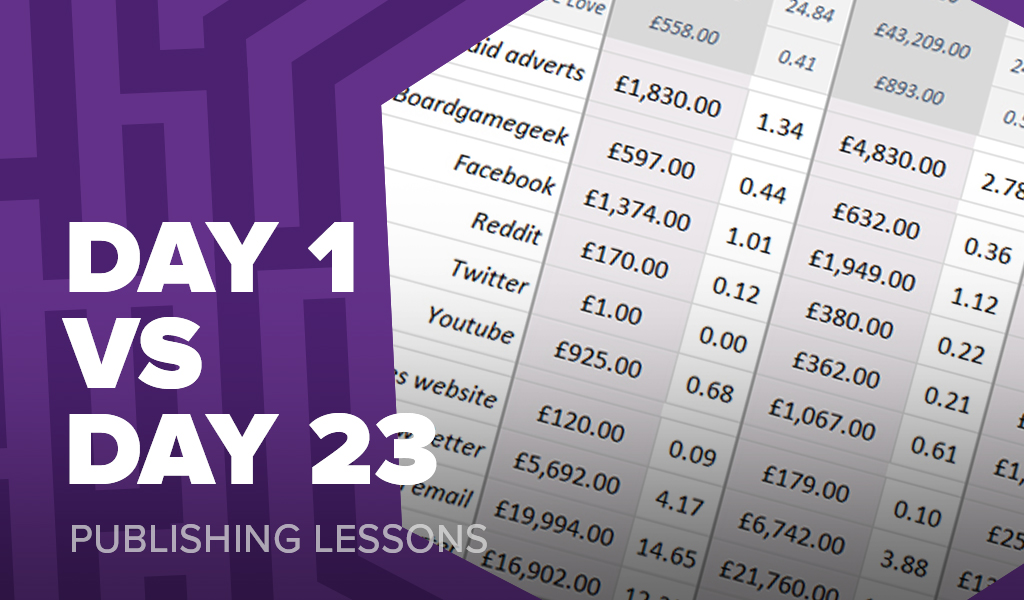 In January I wrote an article on where Kickstarter backers come from and shared the data from all my crowdfunding campaigns so far.

Ever since then I’ve had something on my mind, these snapshots are all from the end of my Kickstarters – How does it look during the campaign?

Say 10% of my backers come from my community, are they all turning up on day 1 and giving me that initial push, or do they all turn up at the end?

I wanted to explore this in my latest campaign and recorded stats on a regular basis throughout the 23-day Kickstarter. 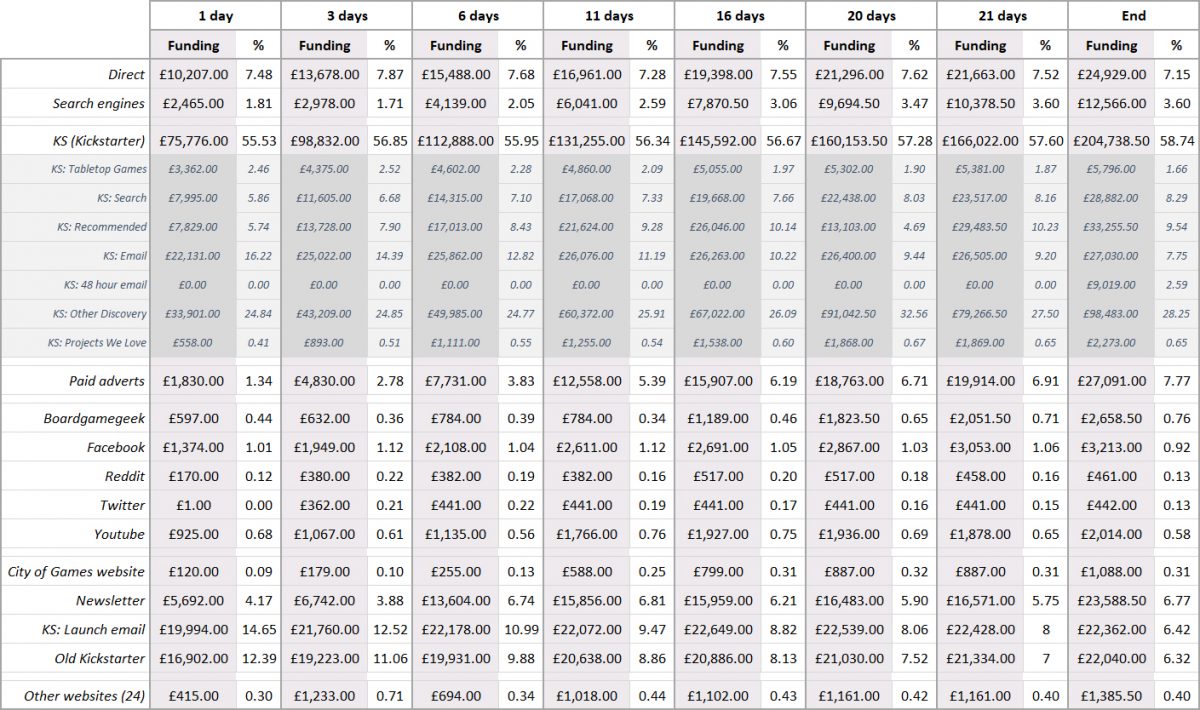 To make it easier to see the changes I’ve created a graph based on the data. 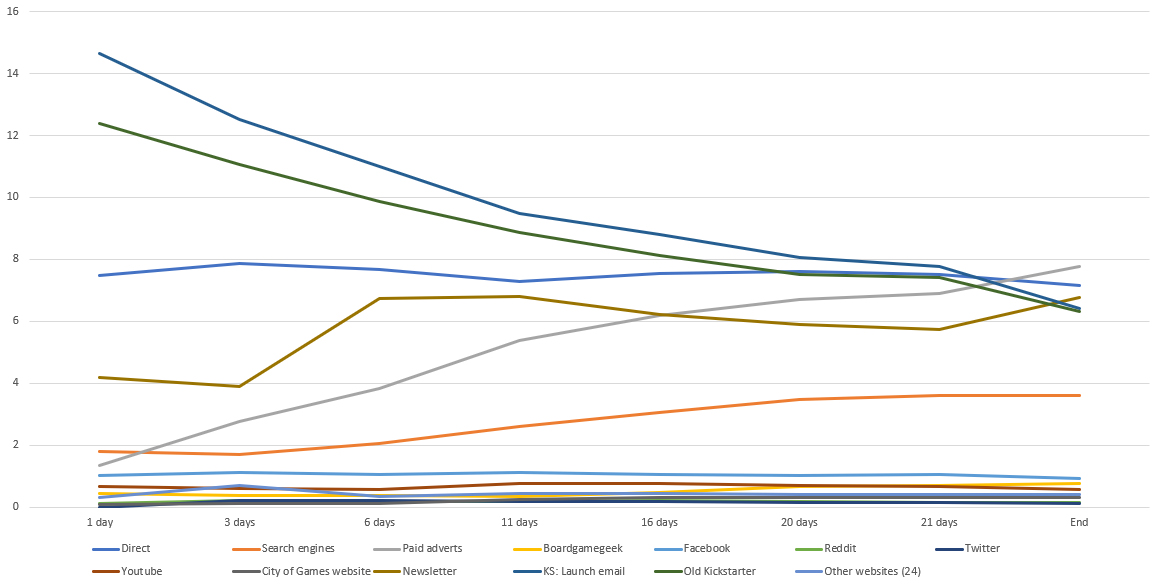 I’ve also separated out the Kickstarter sources into a separate graph as there is a larger data range and it helps keep things easier to read. 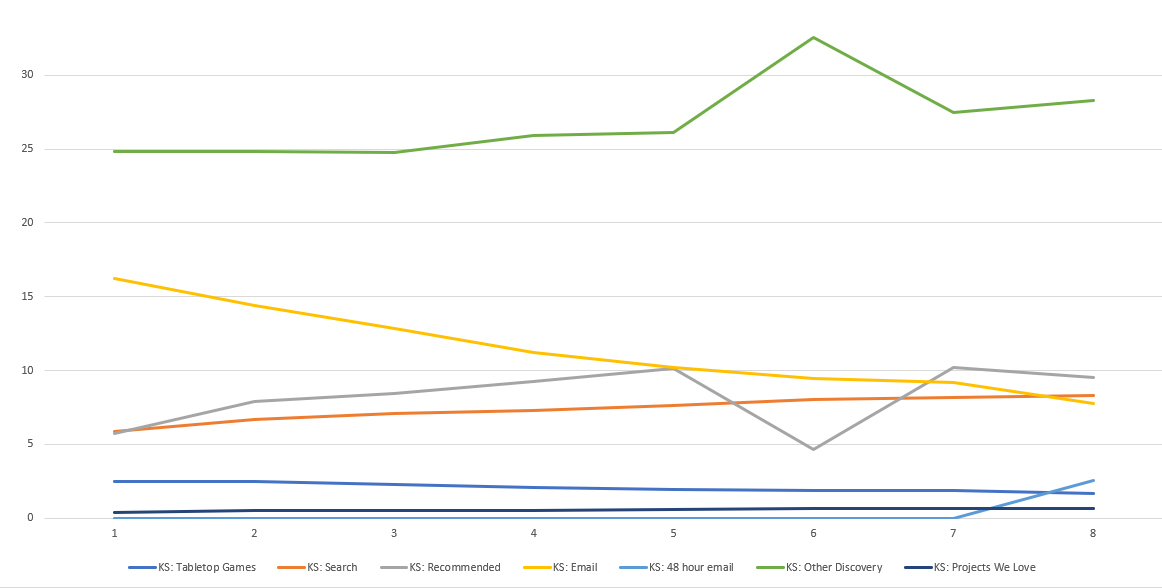 Notably, many of the big changes are seen in things you would expect, for example the notification sent out at launch makes up a large percentage on the first day and a much smaller percentage by the end.

Likewise paid advertising has a small impact at the beginning and slowly increases during the campaign as my focus switches from community-based backers to targeting a wider audience.

The biggest surprise to me is how consistent many of the sources seem to be, social platforms maintain their referral rate throughout the campaign. Perhaps the largest change is the number of people finding the campaign via search engines, combining public and Kickstarter searches we see a change from 7.6% on day 1 to 11.9% by the end of the campaign.

I am glad I recorded the data to understand whether there are any major differences from the start to the end of a campaign, but I am not sure there is too much to be learned beyond my original article.

next4 tips for great customer service