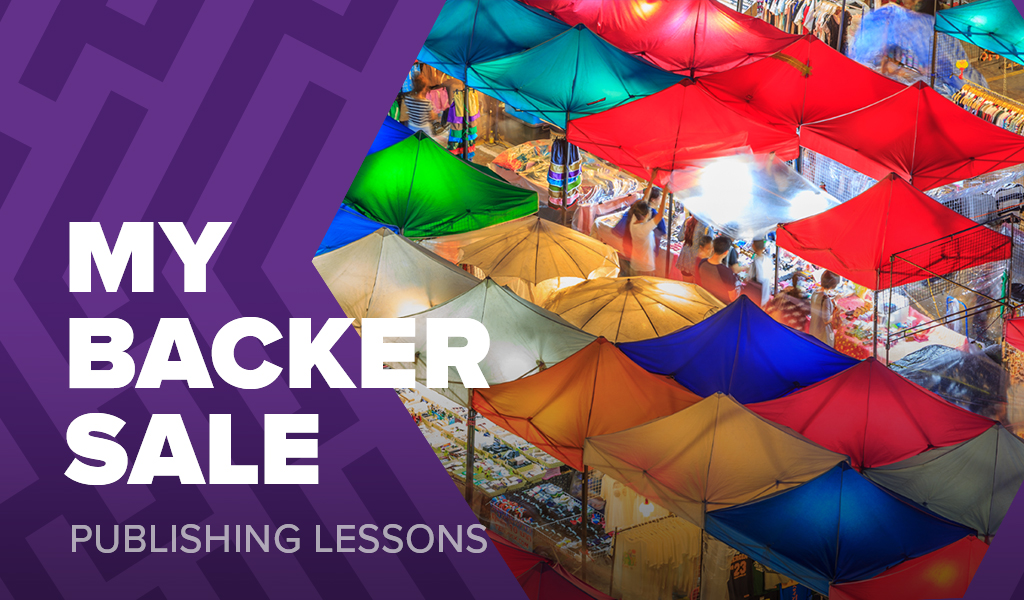 A common question I get asked during Kickstarters is whether or not backers will be able to buy my previous games in addition to getting the new one.

For example, can someone backing the Race to the Raft Kickstarter also get a copy of Vadoran Gardens.

This can be managed in the pledge manager after the campaign, allowing people to add extra items to their pledge and avoiding over complicating the Kickstarter page with lots of extra options.

The problem is, while it works well in getting lots of extra sales, it can be very difficult to manage.

I have multiple warehouses all around the world and while the new content from the Kickstarter is going to be manufactured from scratch and can be sent anywhere, I’m not always planning to print extra copies of existing items.

I may have 2000 copies of Vadoran Gardens in the US, 2000 in the EU, 500 in Asia, 500 in Australia, and none in Canada. If I now allow my backers to addon Vadoran Gardens, what happens to the people in Canada? Pledge managers don’t have stock control per region and I can’t ship into Canada from another country without those customers being charged import fees.

I could just hope no one from Canada buys it, or even put a note on the page and hope people read it, but there will always be someone who misses it. This then means my great Kickstarter experience is starting to turn unpleasant for some people which is something I always want to avoid.

It also adds a large amount of stock admin as the extra items wont ship until the Kickstarter fulfils in 6-12 months’ time, meaning I have to hold that stock, pay storage, and not ship it to anyone else.

For my most recent Kickstarter I decided to take a different approach and rather than use the pledge manager, I ran a 48-hour backer only sale on my webstore. Anyone who backed my Kickstarter would receive an email at a specified date containing a 1-time use discount code for my store.

They would have to make a purchase within a specified window (48 hours from receiving the code), but there were several benefits to buying in this way.

From my perspective it also helped remove the issue of having to store stock for long periods of time and also allowed me to only sell what was available in each region (a function my webstore has).

The main negatives to this approach were:

This is only the second sale I’ve done in 4 years and while it was very targeted to backers of my current Kickstarter, I hadn’t accounted for some people placing orders during my Kickstarter. To avoid this issue in the future, I would make people aware of this backer sale at the launch of my Kickstarter rather than during it.

The 48-hour window was very short, it was deliberate this time around as I wanted to make sure as many shipments as possible would arrive prior to Christmas, but I would have liked a longer window. In future I hope to be able to avoid holiday periods and have a longer period for people to make purchases.

Overall, this was much more successful than I had expected, keeping in mind that:

I’m very glad I tried this approach and think the results were fantastic. There is certainly room for improvement next time around with some of the decisions I made, but I think this is something I would do again in the future.

previousA quick digital demo - Was it worth it?