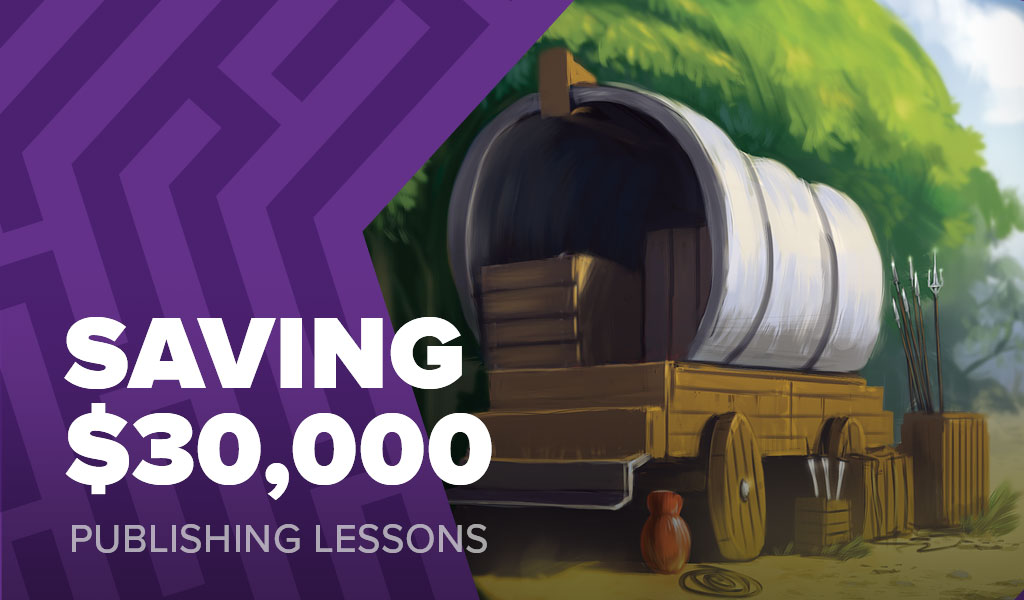 I have recently been going through the quoting process for a new game and a couple of things came up that have the potential to save me a lot of money.

Throughout the games design and playtesting period there have been 2 sets of cards:

The larger cards are a specific size due to their function in the game, but the small cards were made smaller because they didn’t have too much content.

After getting my initial quote, I asked for a second quote to see what the price difference would be if I increased the size of the smaller cards.

Making all the cards the same size ended up being $0.41 cheaper.

We could avoid an entire extra sorting and packing step, we needed one less machine, and removed the need for ordering an extra set of materials. For 10,000 games this would be a saving of over $4,000.

From a gameplay perspective enlarging those cards means we can increase the text size and make them friendlier for players, which is a bonus.

If you have similar components at a different size, it’s worth checking the price difference for making them the same.

Reducing the number of boxes

When it comes to crowdfunding, it isn’t unusual to have multiple boxes on offer. For myself, this typically takes the form of the game and a Kickstarter pack.

With my latest campaigns I have started shipping the contents of the Kickstarter Pack inside the base game box, as it offers a considerable saving.

My approach is to place a small sticker with a unique barcode on the shrink-wrap of the game box, identifying it as a combined version. The sticker itself has a small extra cost but is far less than the cost of everything else.

Shipping 10,000 copies of game with the Kickstarter Pack packed inside the box (rather than having 2 boxes), would save approximately $26,000 with all factors considered.

It is also much better from an environmental perspective due to the savings in both waste and shipping.

If you are running a crowdfunding campaign, I recommend combining as many boxes of stuff into the game box as possible. The individual boxes are only needed for additional stock that you plan to sell later on.