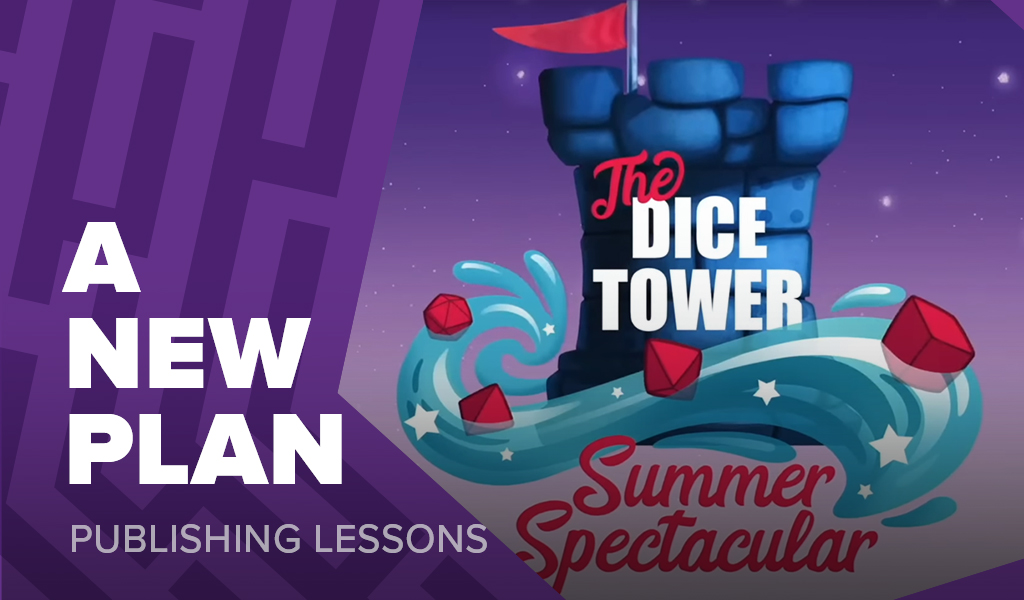 Over the past few years, I have talked about my 3-week announcement process many times, stating that it is my preferred approach to announcing games. Yet earlier this month I announced my new game Race to the Raft months before it will be available.

This change in approach was the result of three things:

Tom Vasel from the Dice Tower reached out to me asking if I’d like to be a part of their Summer Spectacular. This was a multi-day live stream event that ended with a 2-hour announcement stream, and I could be a part of it for free.

This initiated my thought process as this was an opportunity to freely promote the game to a very large audience that I might not normally have access to. As of today, the video has had nearly 30,000 views and I expect it will continue to rise.

When Tom reached out my initial thought was to say no, it didn’t fit my timings and broke away from my tried and tested model. However, sometimes it’s good to challenge yourself and I asked myself:

Is there a way to soft announce the game?

If I could find a way to make people aware the game was coming while only making the name of the game public, perhaps it wouldn’t stop me from following my usual 3-week process later.

It was a challenging ask and I spent many days thinking about how to approach the announcement video. In the end I thought telling a story, taking viewers on a journey from my most recent game to the newest, with a hint of comedy would be the best option. This way I could extend the length of the video through the narrative rather than having to talk about the game itself.

I often work on games for years prior to announcing them and it is always done under a codename. In the past, I’ve stumbled a few times in interviews by saying the codename rather than the real name having forgotten that it had just been announced.

By making the name public earlier, it makes my life a little easier and also helps familiarise my community with the final name prior to launching anything.

It has also allowed me to setup an announcement newsletter and Board Game Geek entry, which helps slowly build interest prior to the full announcement.

As so little information has been released, I am confident my 3-week announcement process will still work, perhaps starting with the box cover reveal. With the added benefit that 30,000 people will already have the name of the game in the back of their head, waiting for something to bring it into focus.

previousCase study: League of the Lexicon