As a game publisher I believe it is important to define the types of games you want to make. This can help you identify whether a new game is a good fit, but more importantly it helps customers understand what to expect from your business.

Someone discovering your company for the first time doesn’t need to know your full game catalogue, but as they become a fan of your work it becomes more important they know what to expect. This can encourage them to become a long-term member of your community and can also prevent them from being disappointed if your next announcement is not what they wanted.

This doesn’t mean you can’t experiment with new things and shake it up once in a while, in fact, I would say all companies should try new things, but it does give you and your customers a base line.

Let’s take a look at a few publishers.

Gamelyn Games is most known for their Tiny Epic series, these games are all made to fit the same small size box while offering a larger experience than you would expect. By focussing on this series Gamelyn has built up a huge following who eagerly await the next game in the series each year.

However, they have still been able to experiment with other games such as Heroes of Land, Air & Sea which was far from a small size box game. 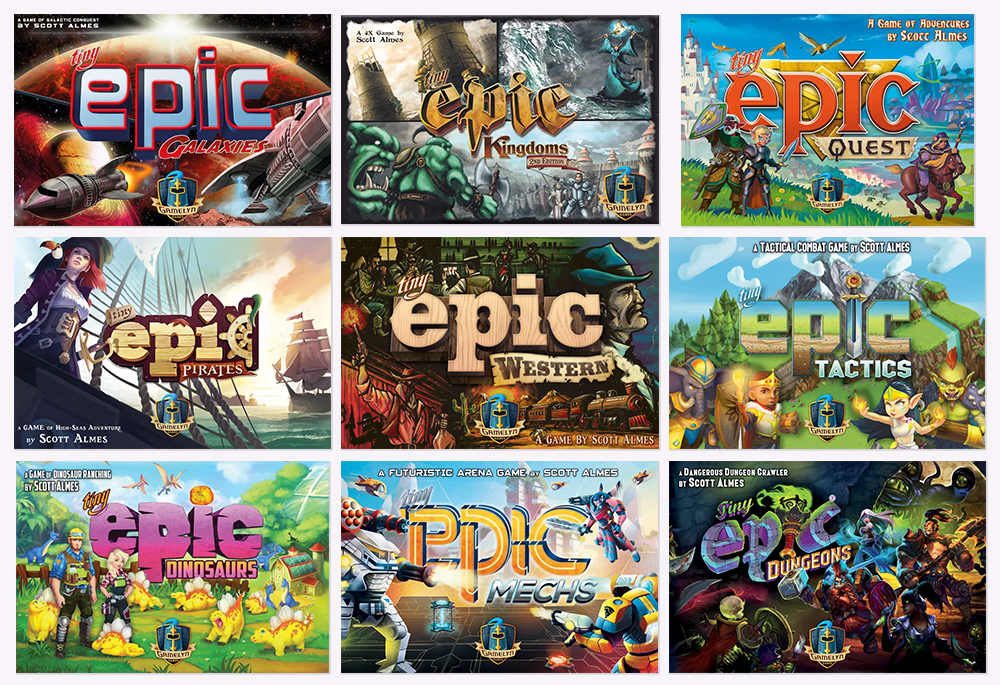 Garphill Games is another publisher who has found huge amounts of success by creating a series of games. They typically release their games as part of trilogies with strongly matching artwork and graphic design. Games in each series offer a similar experience in terms of complexity, but vary greatly in gameplay allowing a customer who enjoyed one, to know they are likely to enjoy the others. 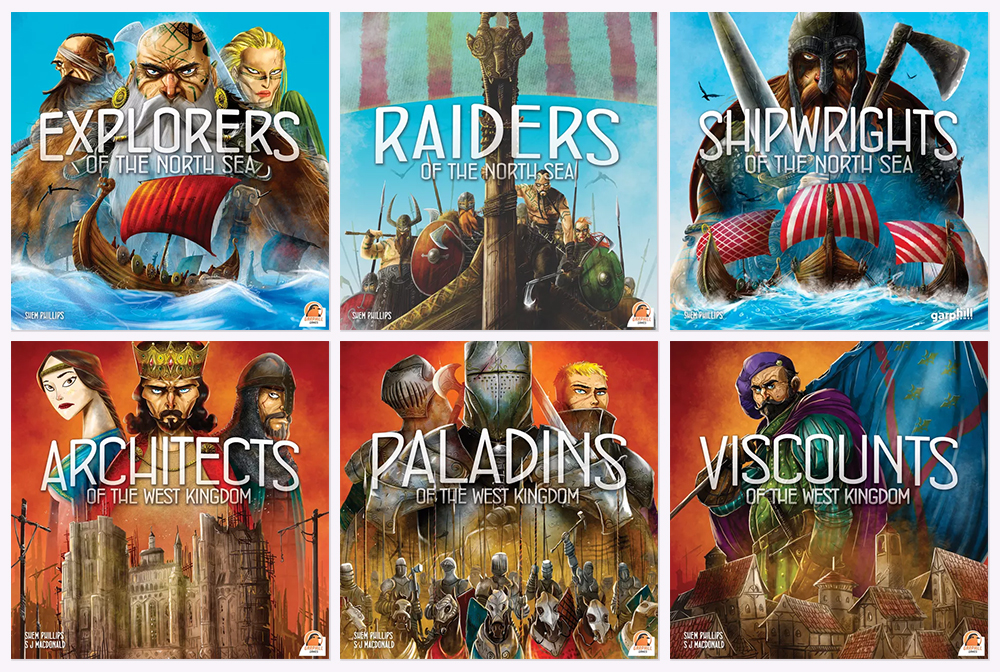 Button Shy Games have taken things one step further by effectively introducing a new genre of game. All their games come in small wallets and use just a few cards, they offer a wide range of experiences showing you just how much you can do with so little.

Another interesting aspect to Button Shy Games is they work with a range of designers and frequently run events seeking new designs. They have effectively created a mould and invite people to be creative within it, which in return expands their own offering.

subQuark have taken a similar approach to Button Shy Games but rather than using a wallet with a few cards, they have created a range of tin games. Each tin is the size of an old fashioned mint tin and can hold a variety of components.

At this point you may be thinking that you want to have more variety in your game catalogue. You don’t want to just have one size box or create games that are heavily connected and that’s OK.

When defining your catalogue it isn’t just about creating a series, but defining the offering that customers can learn to expect from you.

Stonemaier Game is a great example of this, each of their games is completely unique with different mechanisms, box sizes, and themes, they even have different artists! Yet, their catalogue can generally be defined as:

Games that will play with at least 1 -5 players, normally take about 60 minutes to play (+/- 20 minutes), and offer a main event experience.

You can see they have a clear set of parameters their games must meet before being released, giving you a great idea of what to expect from them in the future.

Stronghold Games takes another approach where their games don’t seem to have any real relation to each other at all. They vary in every way possible, and you never know what to expect next, it’s an equally honesty approach that can work. As a customer you know to expect the unexpected which can be exciting in itself! 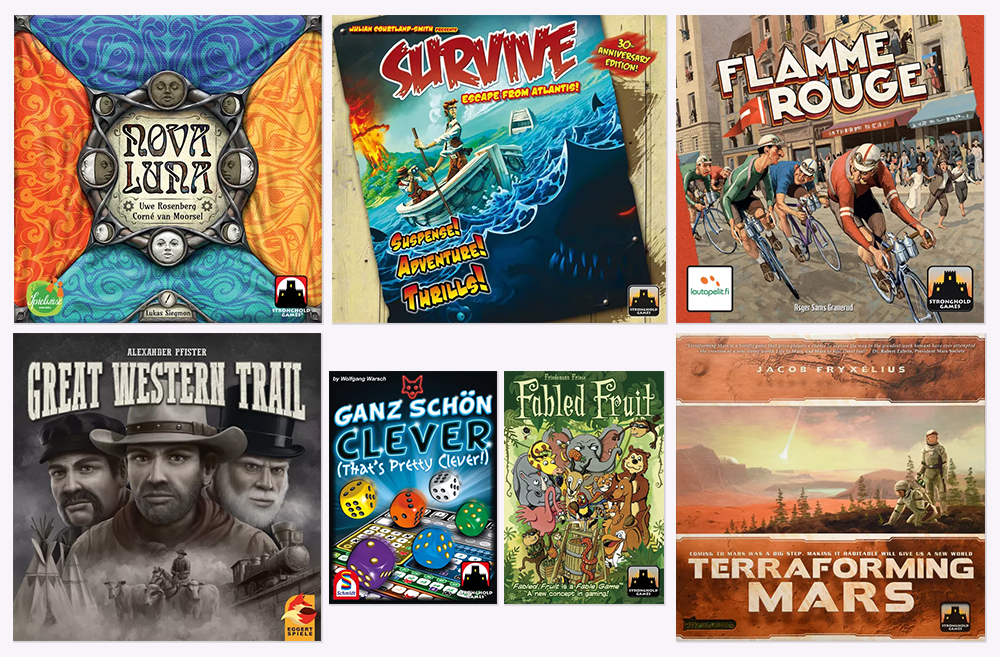 The City of Games

For The City of Games, my games library has two defining features.

Firstly, there is the black box white box system, whenever you see a black box game announced you know it’s going to be a larger more complex game that will take at least 90 minutes to play. Whereas white box games are quicker to play and are much better suited for families and people looking for a less challenging experience.

Then comes the shared world, all my games are set within The City of Kings universe. You do not need to have played any of the existing games to enjoy a new game, but there is overlap in the story, characters, and events you interact with. This connection provides a unique experience that naturally entices some players to want to discover more about the world by playing other games from my game catalogue.

While you think about your games catalogue and what you want people to expect from you, remember you can always change over time. Gamelyn Games started out in 2011 but the first Tiny Epic game was released in 2014. Garphill Games started in 2009 and didn’t release their first trilogy game until 2014.

The important thing is to not just throw mud at a wall, but instead to focus on what you want to make stick.