Update (23 December 2021): This week I released a new blog series on The City of Games website called Publisher Lessons and while this article was not written to be one of those lessons, I believe it gives an interesting insight to my experiences of being a publisher that can be learned from and wanted to include it.

The last 2 years of my life have been incredible and I wanted to share some of my progress, and to remind you that all that work will be worth it. 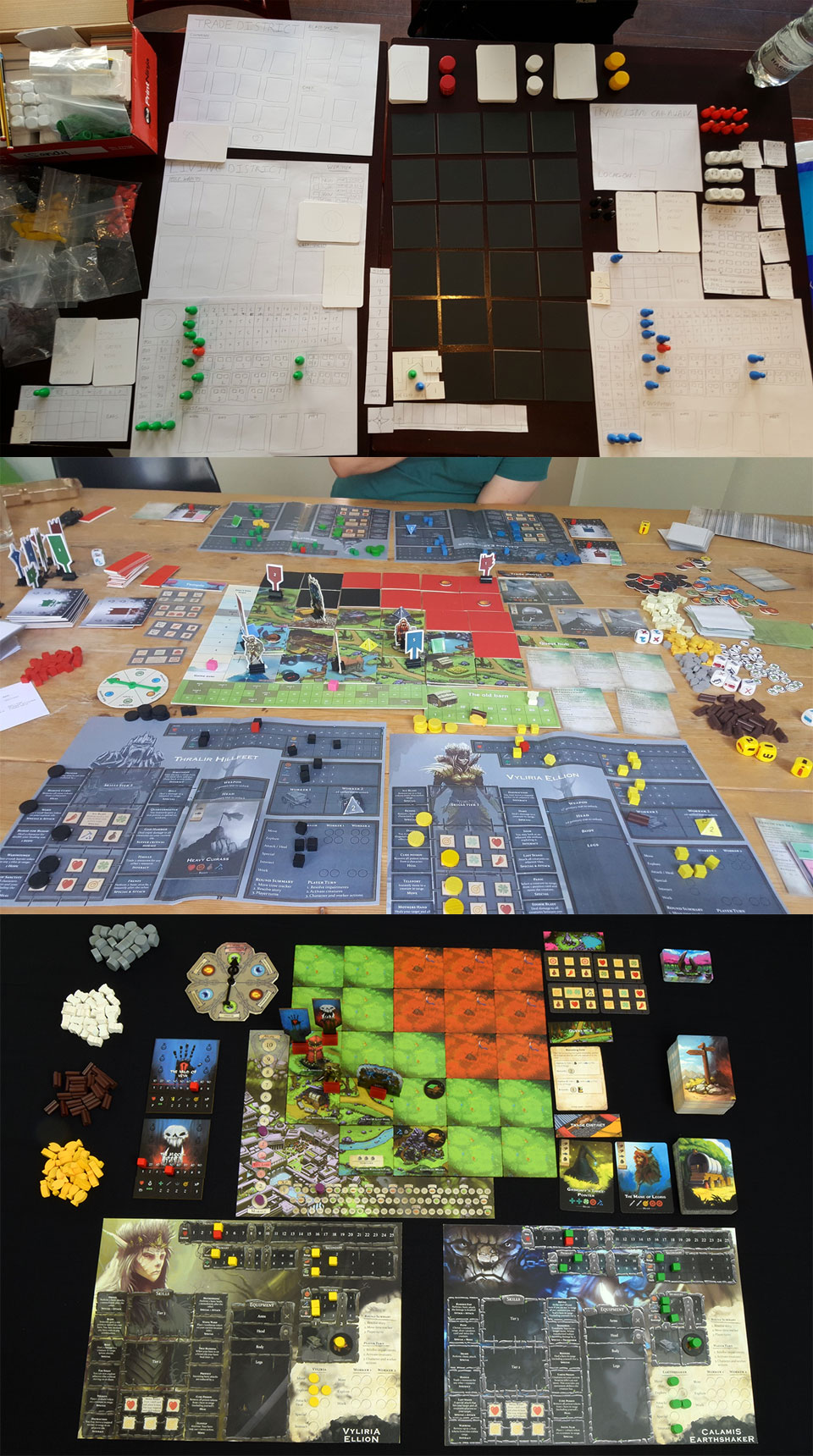 For me it all started on an aeroplane, a single moment in time where I decided the thoughts in my head would be better on paper. I started writing notes and then purchased some basic supplies as soon as I got home. 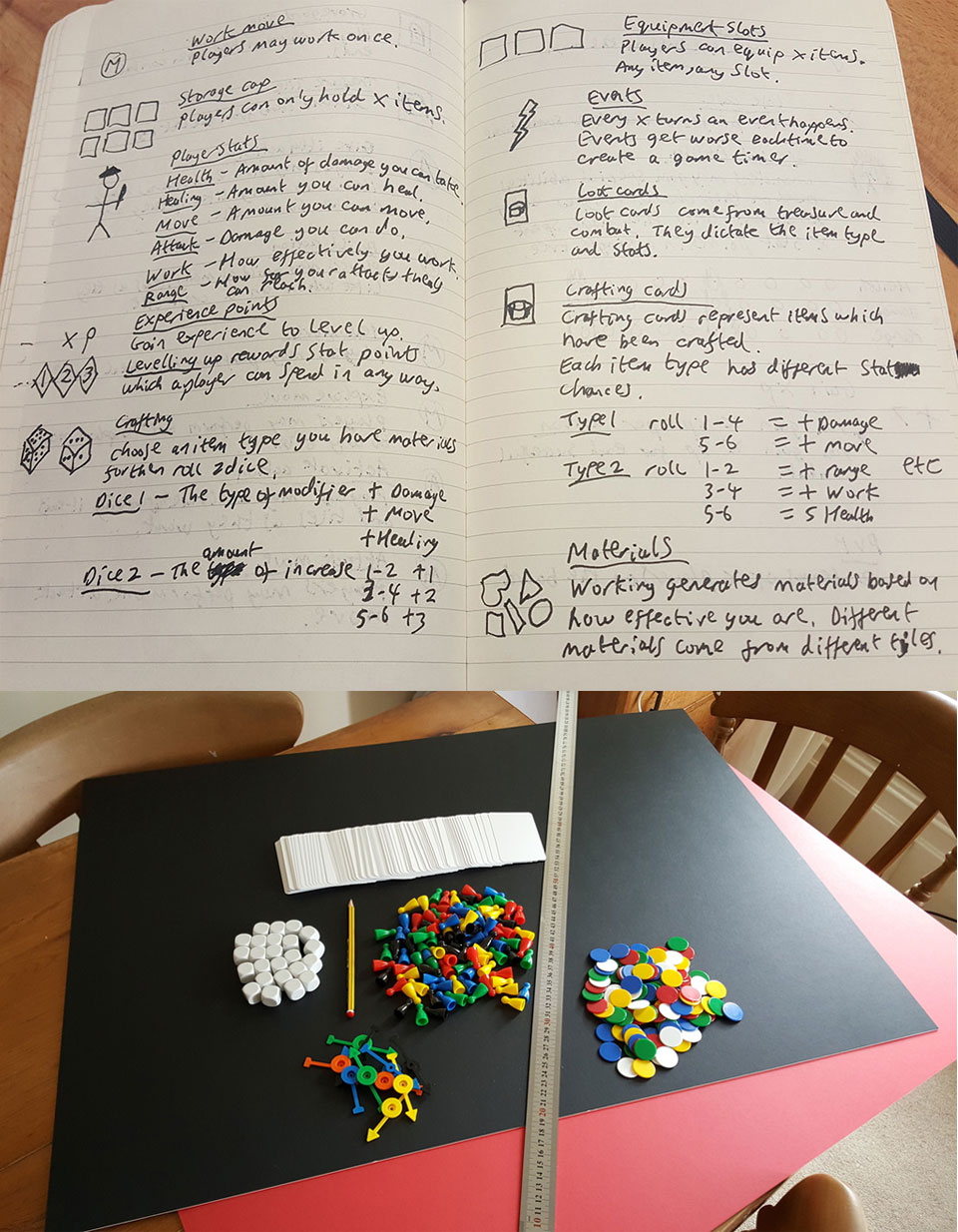 After playing the game many times with Sara (my partner) I took the plunge and asked others to try the game. The first group played in August 2015 and since then there have been countless people playing the game, the final photo is from last weekend (March 2017).

There have been countless iterations but it all started with my simple drawings (I’m still proud of my horse) and slowly became something beautiful. 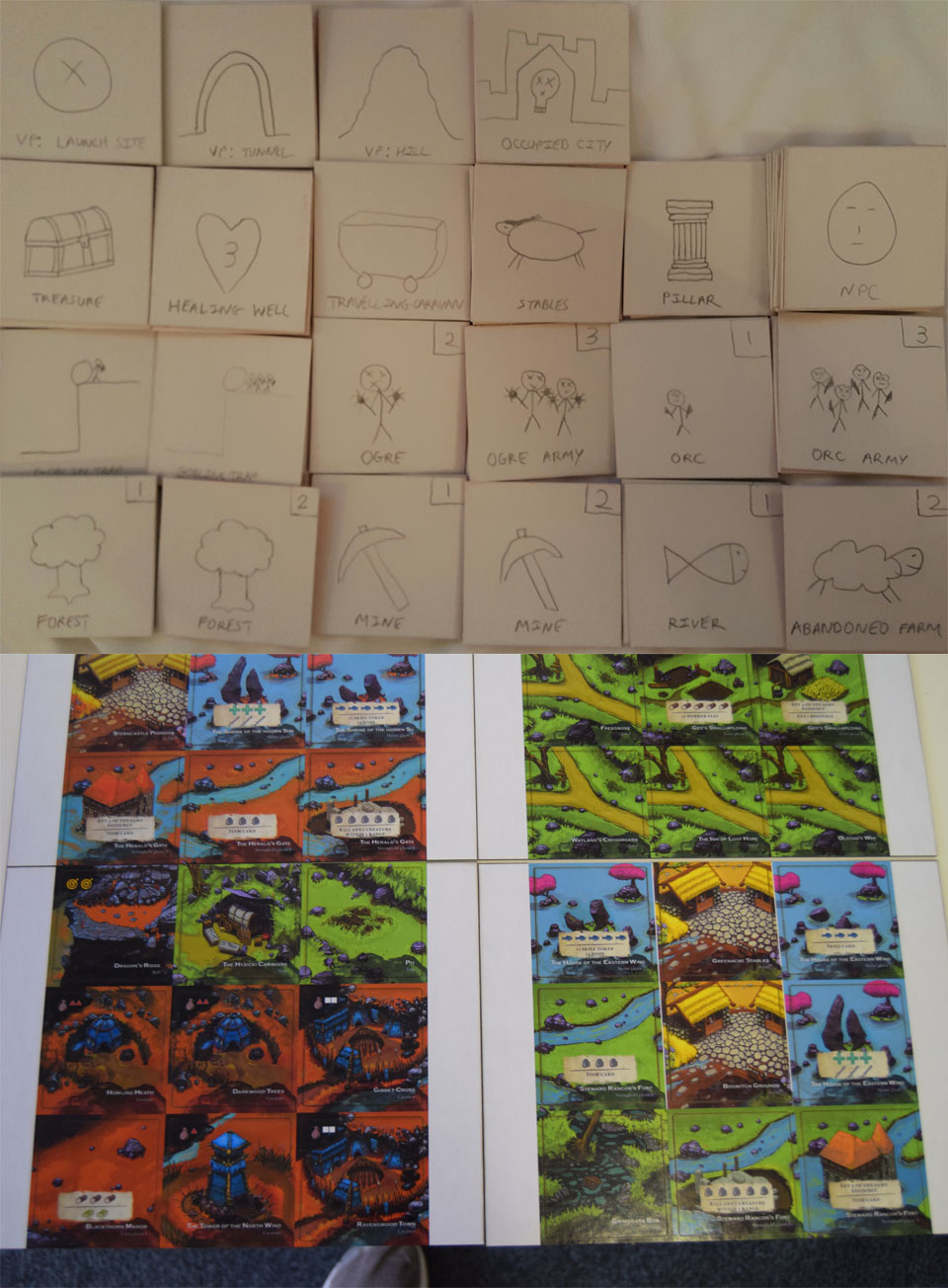 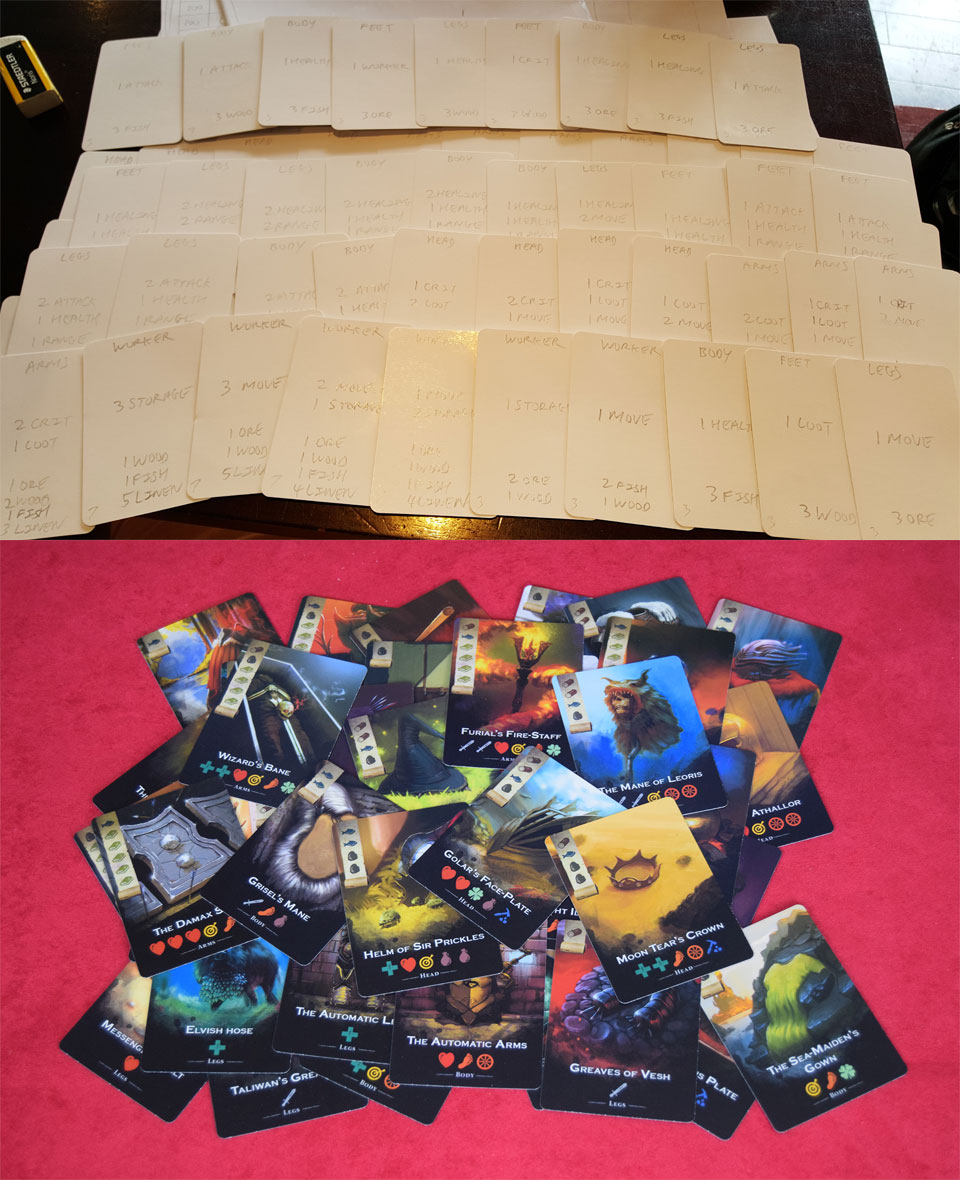 The important thing to remember when you’re struggling is iteration is normal, you’ll rip things up and try over and over, these are just some of the countless variations of character sheets I created. 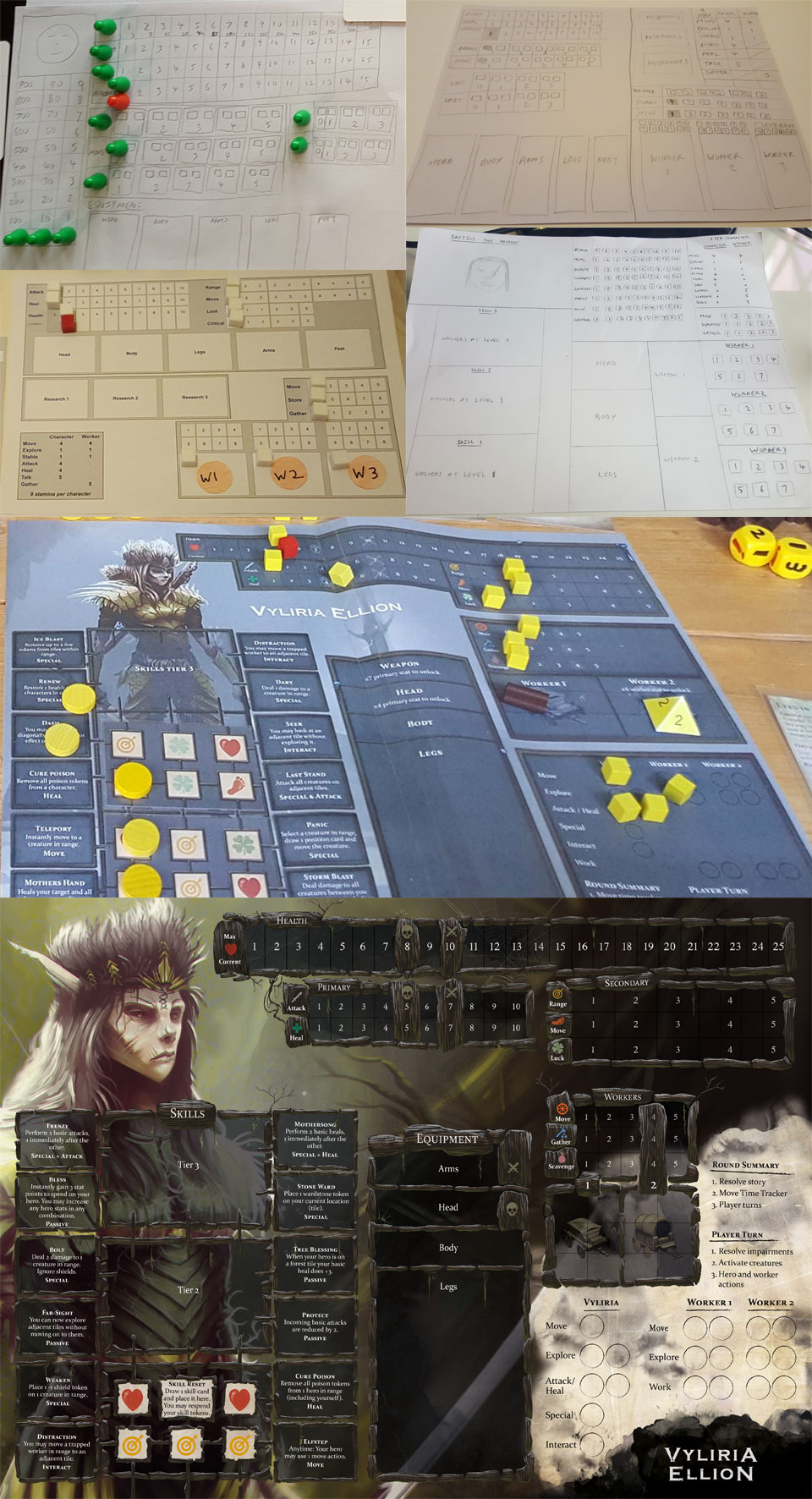 This all started with a man and a woman sitting on a bed, in a room in a shared house, playing with pieces of paper. We had little space but we found a way to make it happen. 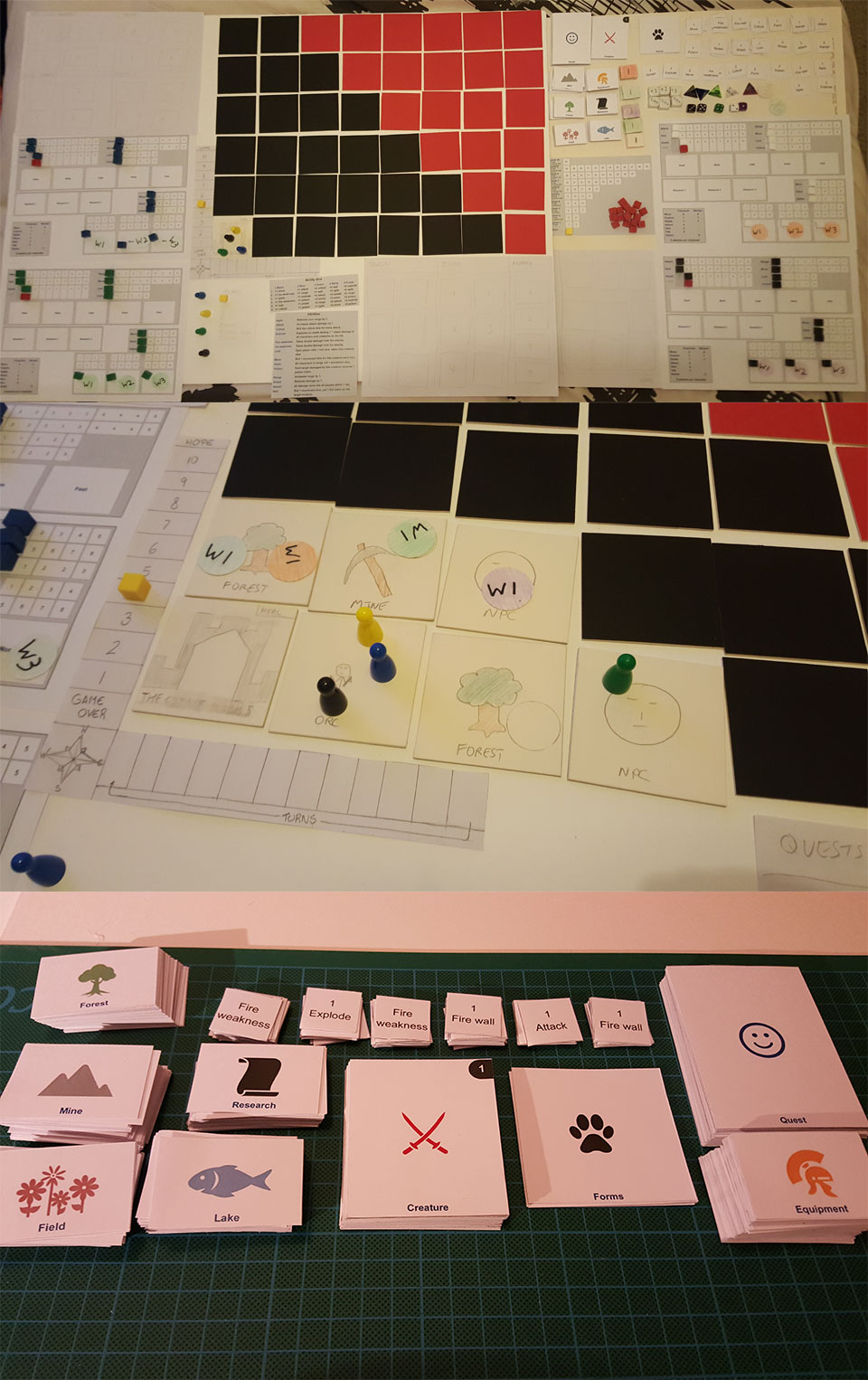 Over the last 2 years we’ve both changed jobs, moved to our own place and never lost sight of the goal, even when things got tough. There were times we couldn’t focus as much as we would like but over time we got there. 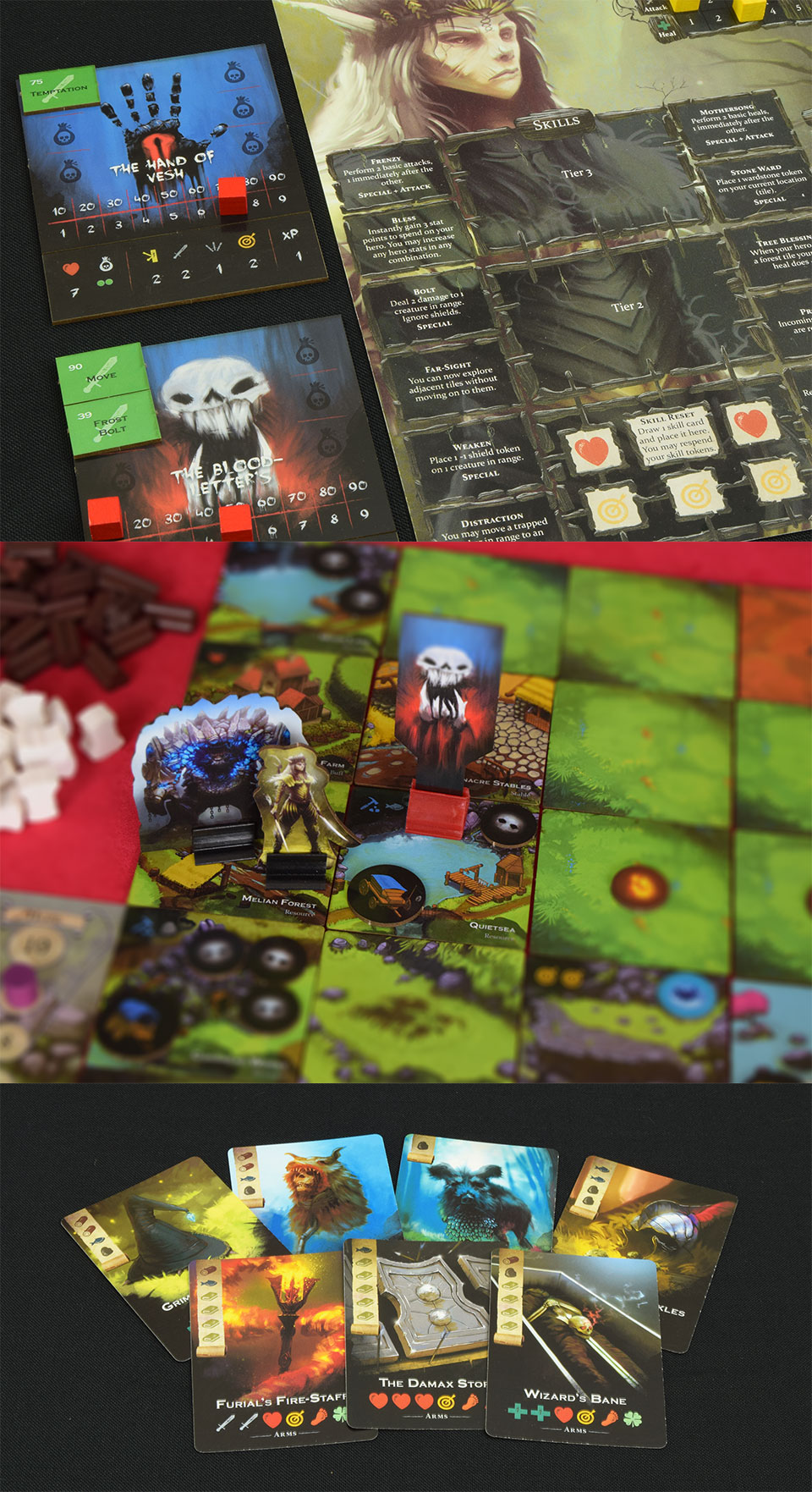 Now the game is finished and both Sara and I are amazed by where we are, yet there is still more to do.

In 2 weeks’ time we launch our Kickstarter and hope we will be able to take this prototype and get it manufactured into a game that everyone can play. 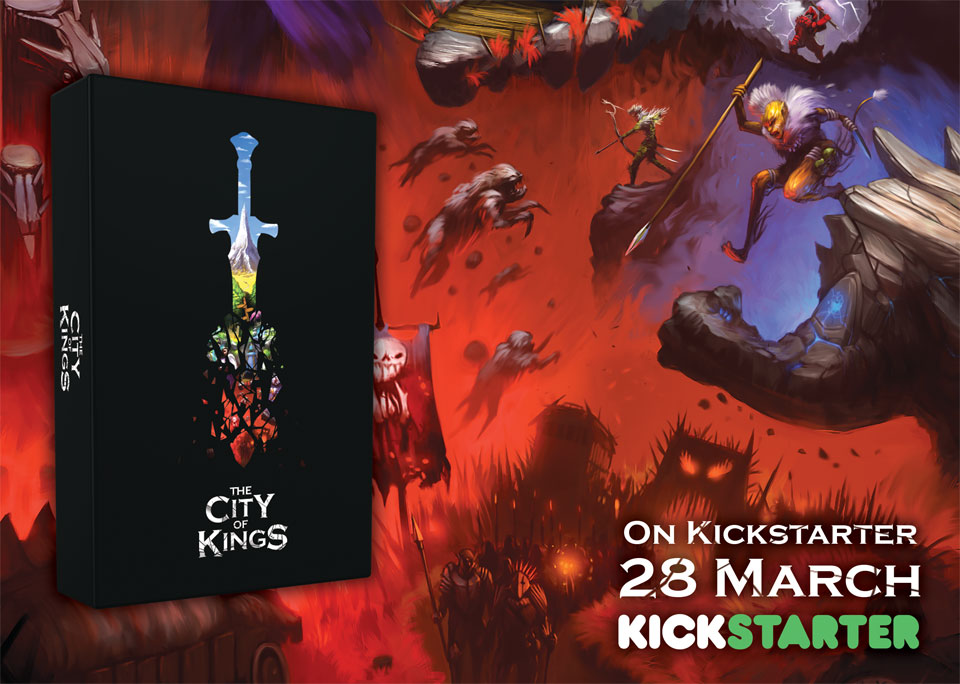 Wherever you are with your project, whatever you want to achieve, never give up, always keep the goal in mind and one day your dreams will become reality too.

previousFrank plays The City of Kings