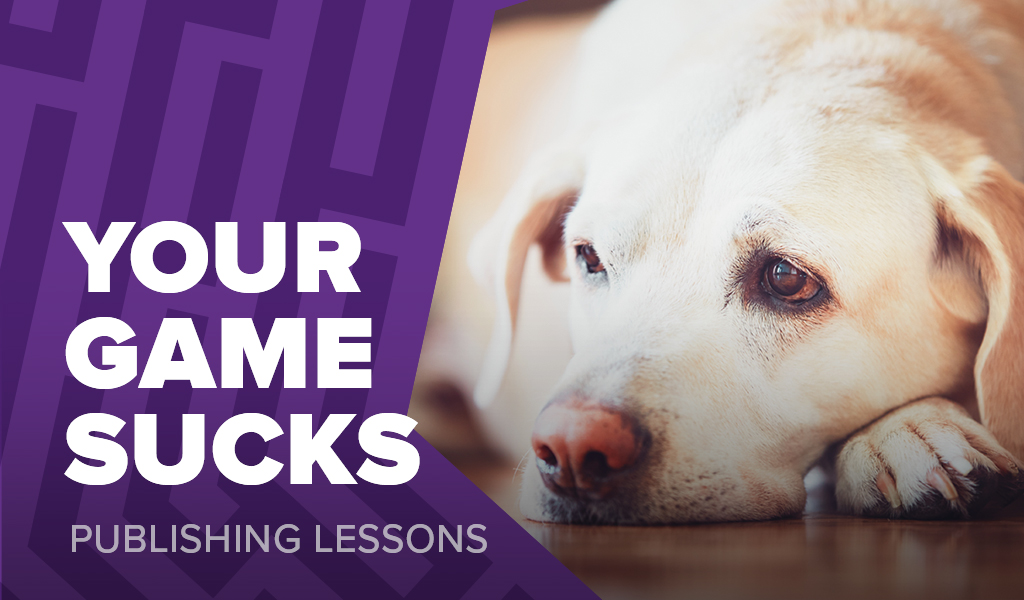 I recently had a talk with someone who was struggling as they had just received a bad review for their game. It’s a feeling I know well and wanted to write about, as it is very important to learn how best to deal with negative feedback.

Someone is going to hate it

The first thing I tell people is there will always be someone who doesn’t like your game. The more successful you are, the more bad reviews you are going to get.

Consider Star Wars, Lord of the Rings, Game of Thrones, Pokemon, or any globally known IP. Millions of people love and buy these products and they continue to succeed, but there are also many people who dislike them. It doesn’t always mean they are bad, or did anything wrong, it just means they may not be for that person.

Don’t take it personally, instead, see what you can learn.

Whenever I see a negative comment, I try to assess the purpose of the message and see what I can learn from it.

I remember many years ago watching a negative review for one of my games and it was painful to see, they disliked many parts of the game and were extremely negative. I remember disagreeing with much of what they said, but on the other hand I was confused by how they were getting to these opinions. I watched the video many times and thought about it a lot, until eventually I came to the answer.

They had misinterpreted what the game was and were expecting it to be something else, which led to disappointment due to it not being what they had wanted. The lesson for me here was not that the game needed changing, but the way the game was described, marketed, and sold needed work.

Moving forward, this was a lesson that has been very valuable to me for future games, and perhaps I wouldn’t have learned if it wasn’t for drilling into that review.

The first time someone tells you your game sucks shouldn’t be when it is on a shelf or in a reviewer’s hand. If no one has told you it is bad up to that point, then you should open up your playtesting group.

I believe it is important to have a healthy group of play testers who enjoy my games and the concept of the game they are testing. I also believe once I am happy with a game, it is important to get it play tested by people who I don’t think will like it. Understanding their criticisms may help me improve things, but it also helps me prepare mentally for future comments.

Focus on the good

With everything else said, it still hurts to hear bad things. A week doesn’t go by where I don’t see a negative comment somewhere and I would be lying if I said it didn’t hurt.

The challenge is to learn to focus on the good comments. We like to mentally hide the positive behind the negative, whenever you’re having a bad day dig out the positive comments and focus on them.

It doesn’t hurt to have quotes from playtests and reviews cut out and stuck on the wall behind your monitor. Fill yourself with positivity and when you’re feeling bad, go and look at the happiness you have brought to others.

nextShould I be nervous?