Calamis looks out from the battlements of the City of Kings, sensing something it had almost forgotten…

Calamis has been standing there, rooted into that spot for three days now and hasn’t said a word. What is wrong with it? Is it true what they say – The Risen have finally gone mad from the long millennia of struggle and strife they have lived? Attempts to talk to the Risen has failed, attempts to move them have met only resistance. But now, on the dawn of the third day a new breeze enters the city, and it brings with the smell of new growth, and deep woods.

“They have returned,” Calamis finally murmurs, and out of the plains emerge two impossible figures; Yanna Stormtree and Kuma the Old.

“Vesh has found them. The Hippogriffs of Mekael.” Yanna says in their singsong voice. “Will you help me protect this noble folk?” 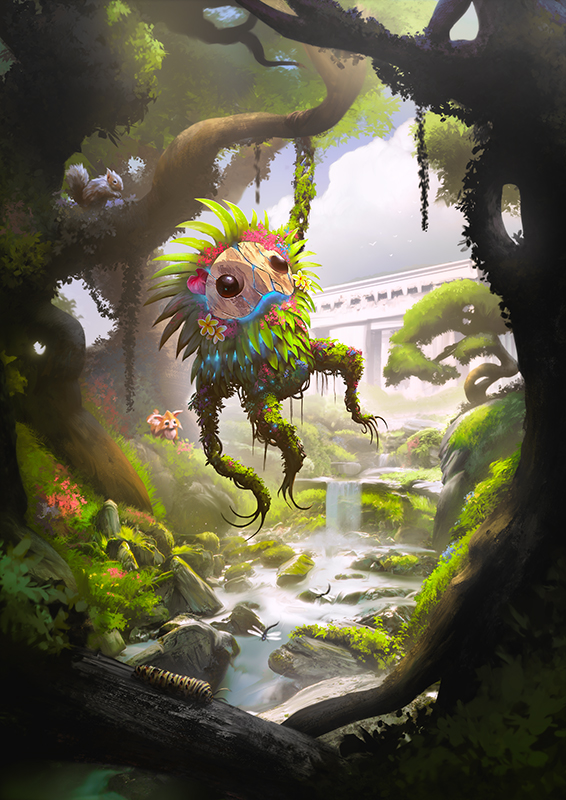 Ancient Allies introduces a selection of expansions to The City of Kings universe allowing you to pick and choose the new content you would like to add to your world.

Today I would like to talk about the first of those expansions:

THE YANNA AND KUMA CHARACTER PACK

Yanna Stormtree and Kuma the Old Man of the Woods return to The City of Kings and join our heroes as playable characters.

Yanna and Kuma both feature advanced skills and are designed for experienced players who are looking for unique ways to play the game. In addition to the normal 12 skills, both characters have a special skill that unlocks as soon as you receive your first stat disc.

The pack also comes with 3 new stories which can be played alongside the existing 7, meaning you can play them alongside of after the core story line.

Each of these stories starts you with several skill discs, allowing you to craft a unique role for your character before the story begins, and they feature large 6*4 maps, new challenges, and easier to access linen!

Ancient Allies: Yanna & Kuma will be available on Kickstarter on 17th April 2018. If you would like to be notified, you can sign up for the newsletter at the bottom of this page.