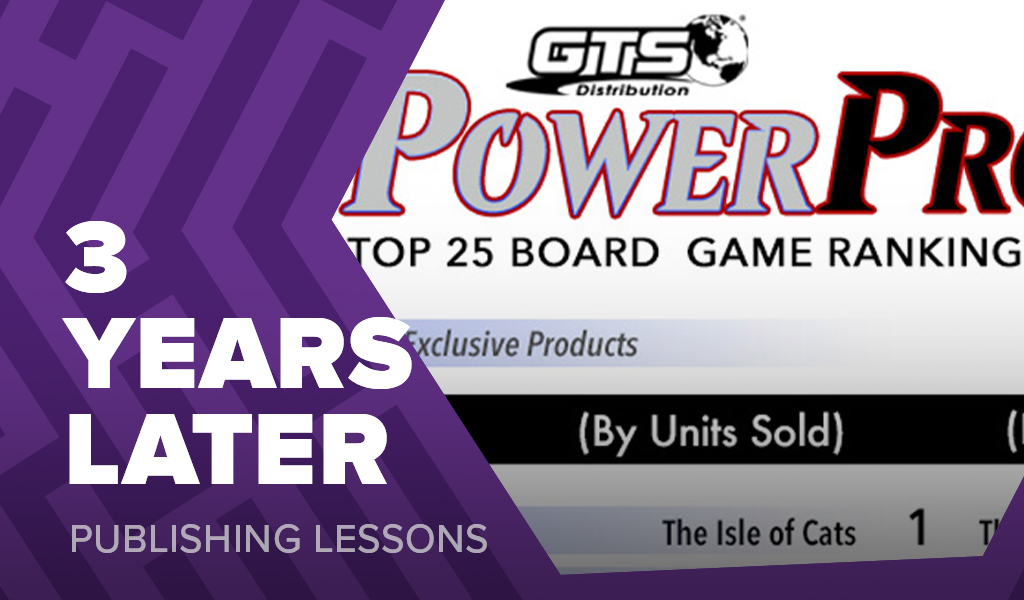 It has now been 3 years since the first copies of The Isle of Cats reached people’s hands and I wanted to share a few statistics I’ve been looking at over the last couple of days.

The Isle of Cats started shipping to Kickstarter backers at the end of 2019, with the majority of games arriving in January and February 2020. The retail release date was March and the first translations released a few months later in June.

Much of 2020 was a learning experience for me as I battled to get reprints out fast enough and keep up with requests from new potential partners – Not to mention the world was a different place due to the pandemic and lockdowns!

Firstly, although the game has now been out for 3 years it still continues to sell very well and December 2022 was one of the best months to date. December has always been a good month due to Christmas but looking over the numbers I have access to, this December saw over 10,000 copies of the game being sold.

This doesn’t include any translations and a number of my English distributors, so the final number is likely much higher.

Board Game Geeks most played games

The Isle of Cats first appeared in the top 50 most played games lists on Board Game Geek in January 2020, 36 months ago. Since then, it has appeared 33 times, missing out in March/April 2020 which was the period between the Kickstarter fulfillment and retail release, and December 2021.

For me, this is an amazing statistic as it indicates The Isle of Cats has consistently been one of the most played games for 3 years.

As of writing this there are just over 73,000 logged plays of the game on Board Game Geek, and just under 30,000 people have it marked as owned.

It’s hard to take too much from this as this is only a small percentage of the total owners of the game, and a lot of BGG users don’t log plays, so I can only assume the real number of plays is much higher.

Expanding upon the BGG plays, I can see The Isle of Cats has been played just over 90,000 times on Board Game Arena. No doubt some of these plays match up with those logged on Board Game Geek, but I’d assume most don’t.

In the US I work with GTS distribution who sell my games into hobby stores across the country and in 2022 The Isle of Cats was their top selling game. 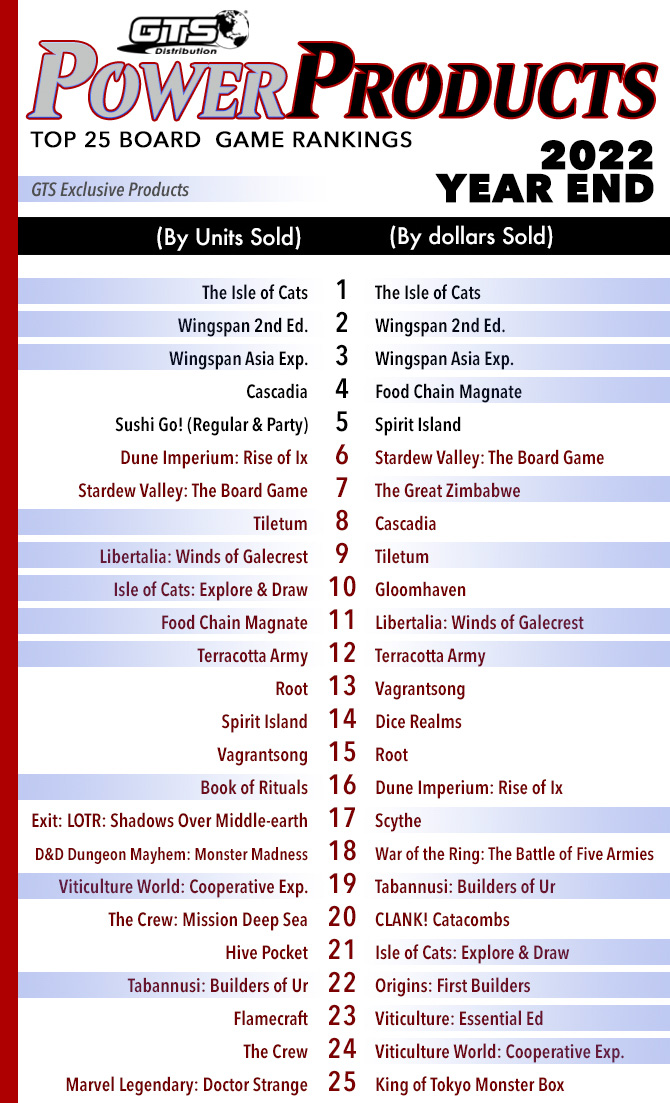 It is worth noting I work exclusively with GTS while many games sell through multiple distributors, but The Isle of Cats is also 3 years old and not the only exclusive game they sell.

As a side note, The Isle of Cats Explore & Draw was their 10th top selling game for 2022 which is also great to see!

What I take from this chart is The Isle of Cats is still selling extremely well, even 3 years after release.

I don’t know what the future will hold for The Isle of Cats, but I am excited.

It brings me great joy to see the game has been and continues to be played so much and that new people are discovering it every day.

Perhaps I’ll share some more stats in 2025 and see how things have changed.

previousShould I have local currency stores?