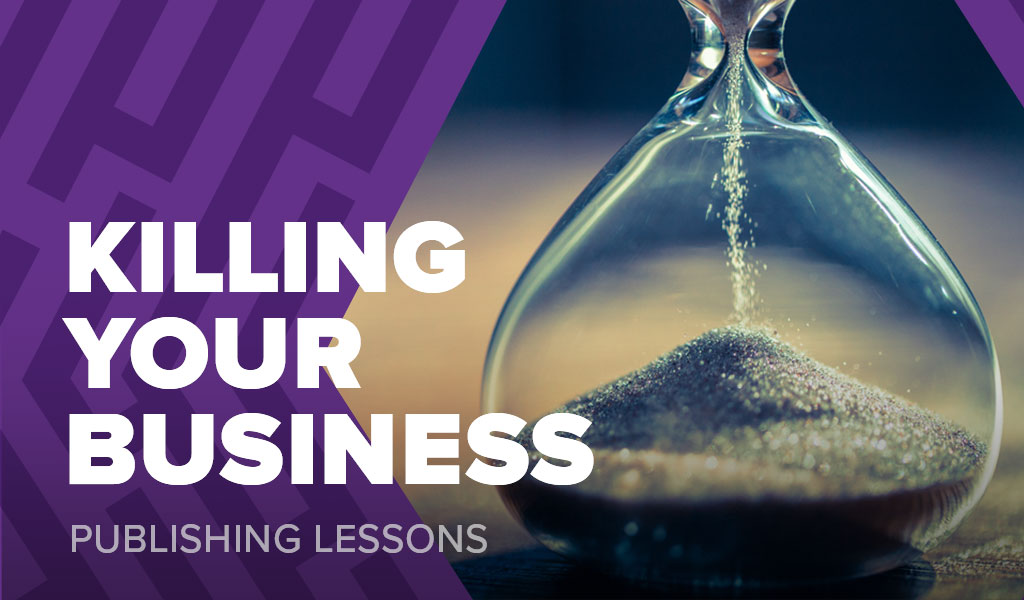 Many businesses run on the numbers, whether they are making a profit, and how they can better their margins. Decisions are made on what will improve the bottom line and money becomes the only currency that matters.

It’s a sensible approach as after all making money is important, but I believe every business has a hidden currency that can’t be measured. It’s not something that can be put in a graph or recorded on a spreadsheet, but it something that you can earn and spend.

While money allows you to operate on a day-to-day basis, this currency can determine your businesses life span as once you’ve run out, it’s nearly impossible to get back.

I refer to this currency as goodwill, and it is something that all new companies start off with just a little bit of.

Earning goodwill is incredibly hard, you have to do things well, and the better you do them the more you’ll get.

Do you notice how the 3 examples listed above aren’t just quick things you can do over night, they take time and for the most part, you’ll already need some goodwill in the bank to achieve them.

If you try to launch a crowdfunding campaign and have zero goodwill, it’s going to be harder to get support which means you might not fund or be able to deliver on time.

If you release a new game and have zero goodwill, people are likely to be more judgemental which will make it harder for the game to be good enough to earn more goodwill.

It’s a careful balance as goodwill really follows the concept of the rich get richer and the poor get poorer.

While earning goodwill is hard, losing it is very easy. To earn goodwill you need to do something big, but you can lose it from the smallest of things.

The sad truth of the goodwill currency is many people lose it through easily avoidable mistakes. Through planning, researching, and communicating, countless points of goodwill can be saved.

Why is this important?

Because there comes a time where goodwill is needed and you are going to have to spend it. If you’ve wasted all your goodwill on avoidable things, then your business is about to be in trouble.

Mistakes are unavoidable and sometimes things just go wrong, a common example is the fulfilment of a Kickstarter being delayed.

Regardless of how much goodwill you have you’ll need to send an update clearly saying what’s going on, but the reactions will be different.

If you’ve already spent all your goodwill then people are going to react badly and you’re going to be fighting a battle to not lose more goodwill.

If you’ve got a bank full of goodwill then people are going to be more understanding, they’re going to trust you to solve the issue and you may even be able to gain more goodwill through careful handling of the situation.

Can you think of any companies that have done things recently that annoyed or frustrated you, things that cost them goodwill and will perhaps impact your decisions on buying from them again? It’s unfortunately a common occurrence in the modern world and whether it’s done maliciously or accidently, it has the same effect.

The goal of this article is to encourage you to not just think about the financial benefits of decisions, but how they impact your companies goodwill. As you earn more goodwill, people will trust you more and you’ll be able to move on to bigger and better things. As you lose it, you’ll notice more toxicity creeping into your community, simple things will become a battle, and you’ll have to take less risks as you take a defensive stance.

It’s hard to come back from having zero goodwill, so perhaps next time you see the same comment on your Kickstarter for the 20th time it would be better to bite your tongue and offer them the same friendly response you gave the first person. Or when you reach the week you said you’d write an update, you wont just put it off for a few more days and will instead make sure it gets sent on time.

Remember, we all have to make tough decisions, but how we go about implementing those decisions will decide our future.

nextAnnouncing Race to the Raft