Destined to be the Human King and a born general, Brutius has sworn not to take the throne until Vesh Darkhand has been defeated. Riddled with scars and his face is a mosaic of battles – his body is broken but he still fights on regardless. Brutius is a grim man under whose blade has fallen Trolls, Orcs, Chaldakka, and even Slate-Spitters; all in an effort to win the trust of the fellow faction leaders and forge an alliance that could defeat the great evil that threatens the world. 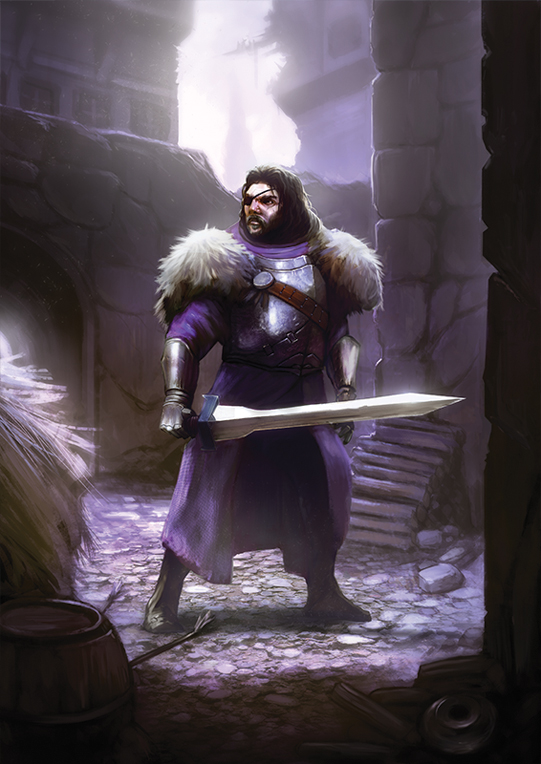 Anytime: During a creatures attack if you are in range you become the priority target.

Your hero may now travel to any explored tile from a stable tile.

Move to a creature in range and then perform 1 basic attack, targeting the same creature.

If another hero is at your location (on the same tile as you) then your basic heal does +2.

Anytime: After a basic attack damages you, choose a hero to perform 1 unused action.

Move another hero, use their movement stat for this action.

Perform 1 special heal, heroes adjacent to your target also receive 50% of the heal.

Anytime: After a basic attack damages you, redirect up to 3 damage to another hero in range.

Would you like to command other players into moving or force them to shield you from damage?

Will you stand by your allies and grow stronger, or charge into battle to tear down the next beast?

Which of Brutius’ skills will you choose?