Vyliria Ellion’s crown may be reduced to thorns but she hasn’t let her rotting flesh stop her being a powerful ruler. Vyliria is the last Queen of the Woods, once called the Green Lady, now she has taken the mantle the Grey Queen. Given her appearance, when she entered The City of Kings many were surprised to see her walking proudly through the gates. But Vyliria has stared death in the face many times, and isn’t ready to surrender. 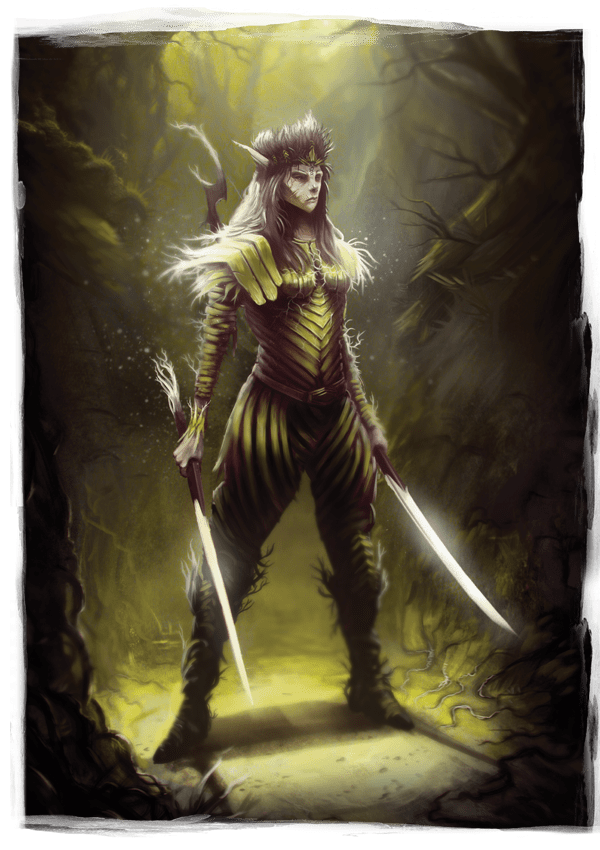 It is said she carries the last remaining seeds of the sacred Elvish groves, now all destroyed, and that when she dies it has been foretold that a new forest will grow where she falls. She believes her death will be the last hope of the Elves and that she must fight until the minions of Vesh have been destroyed so that her forest will be safe to grow once more. 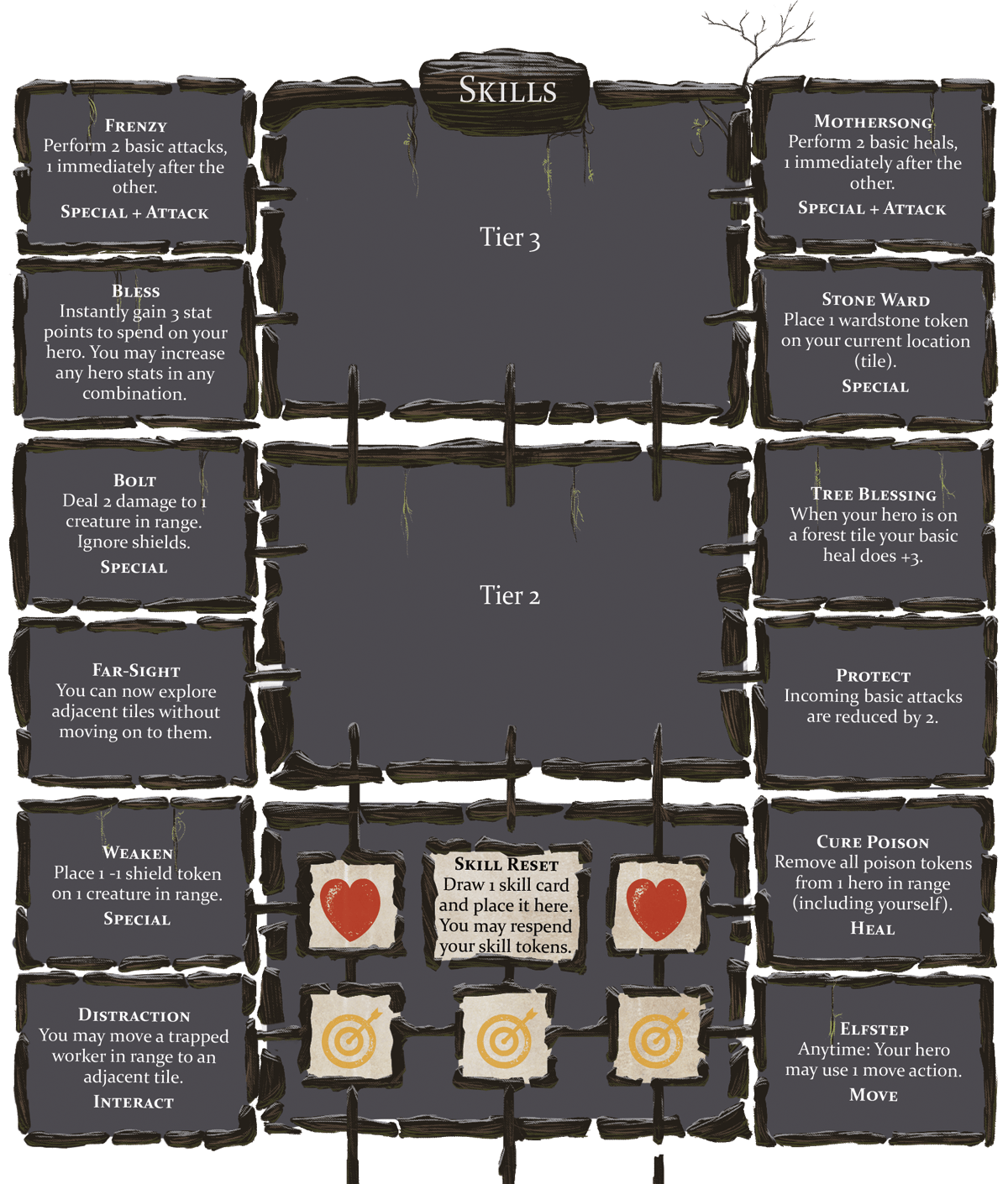